ESS 9
The Napoleonic Wars (2) – The Empires fight back 1808–1812
In 1808 Napoleon dominated Europe, but the peace was not to survive for long. Todd Fisher continues his detailed account of the Napoleonic Wars with Austria’s attack against Napoleon in 1809. Despite being defeated at Aspern-Essling, Napoleon rallied his forces and emerged triumphant at Wagram. With glorious victory behind him Napoleon now turned his attention to Russia and invaded in 1812. Yet the army was not the Grand Armee of old, and even the capture of Moscow availed him nothing. The foe remained elusive, the decisive battle remained unfought. This book tells the full story of the now legendary retreat from Moscow, as the fighting force that had vanquished Europe perished in the snows of the Russian winter.
Author: TODD FISHER
ISBN: 1-84176-298-9 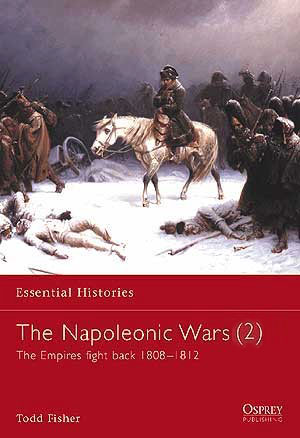