CAM 150
Khe Sanh 1967–68 – Marines battle for Vietnam’s vital hilltop base
Khe Sanh was a small village in northwest South Vietnam that sat astride key North Vietnamese infiltration routes. In September 1966 a Marine battalion deployed into the area. Action gradually increased as the NVA attempted to destroy Free World Forces bases, and the siege of Khe Sanh proper began in October 1967. The bitter fight lasted into July 1968 when, with the changing strategic and tactical situation, the base was finally closed. This book details the siege and explains how, although the NVA successfully overran a Special Forces camp nearby, it was unable to drive US forces from Khe Sanh.
Author: GORDON L ROTTMAN
ISBN: 1-84176-863-4 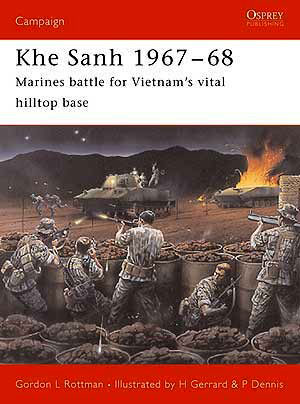